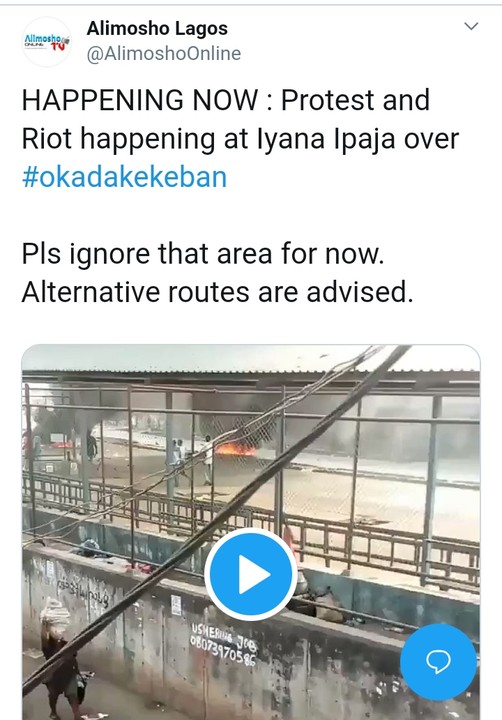 A violent Protest In Iyana Ipaja area of Lagos state.

Tricycle and bike riders also known as Okada are in a clash with men of the men of the Special Anti -Robbery Squad, SARS.

This is coming days after the Ijora protests where 3 people where allegedly killed.

Tricycle and Bike riders had earlier been  banned from various Lagos highways and local govt areas.

The official Twitter handle of the Alimosho local Govt. Tweeted the news.