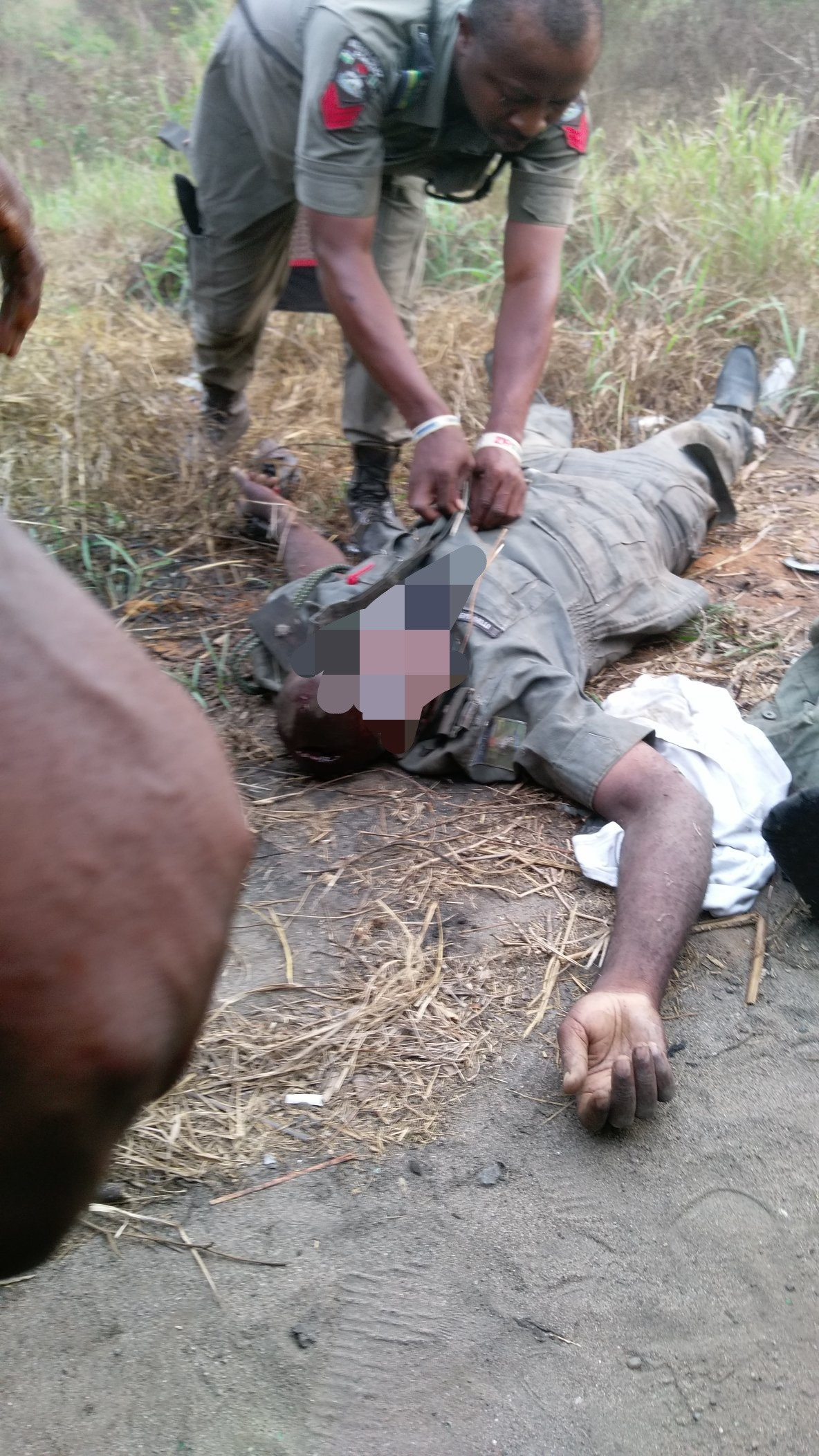 Two police officers were killed in a car crash while they chased a commercial vehicle.

According to reports from a Twitter account with the name @unklebassey , the officers, who were driving an official police car, chased after a Sienna carrying passengers along the Ogoni/Akwa Ibom road. In the course of the chase, the police car crashed into a bush and somersaulted.

Two officers died instantly while the Sienna zoomed off. 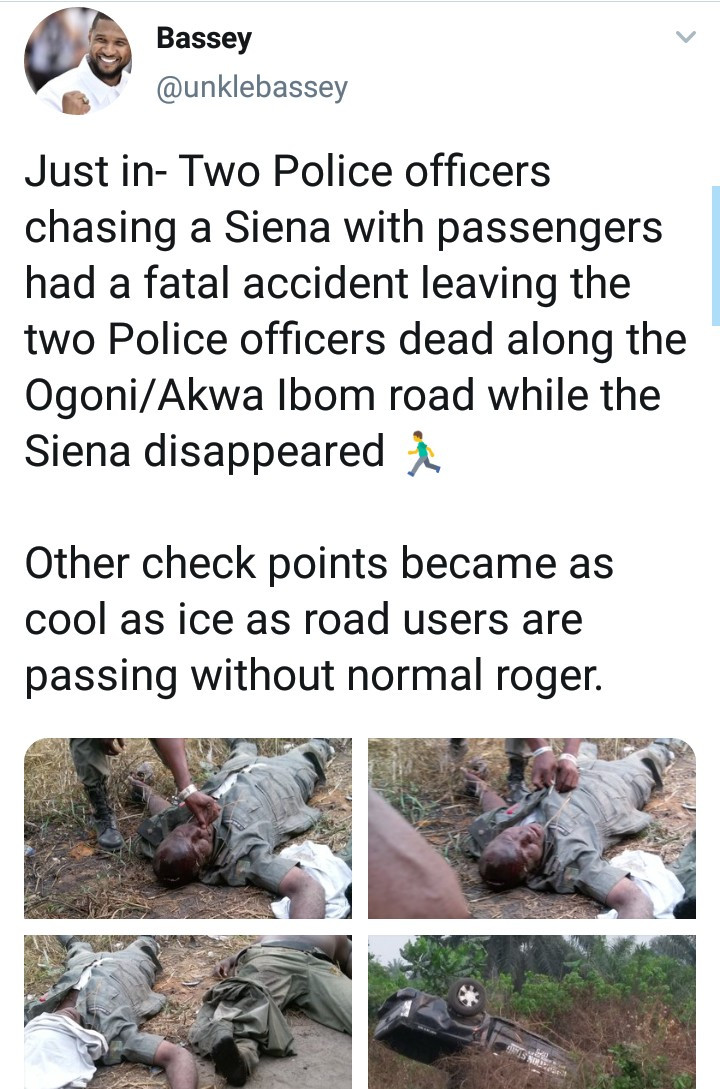 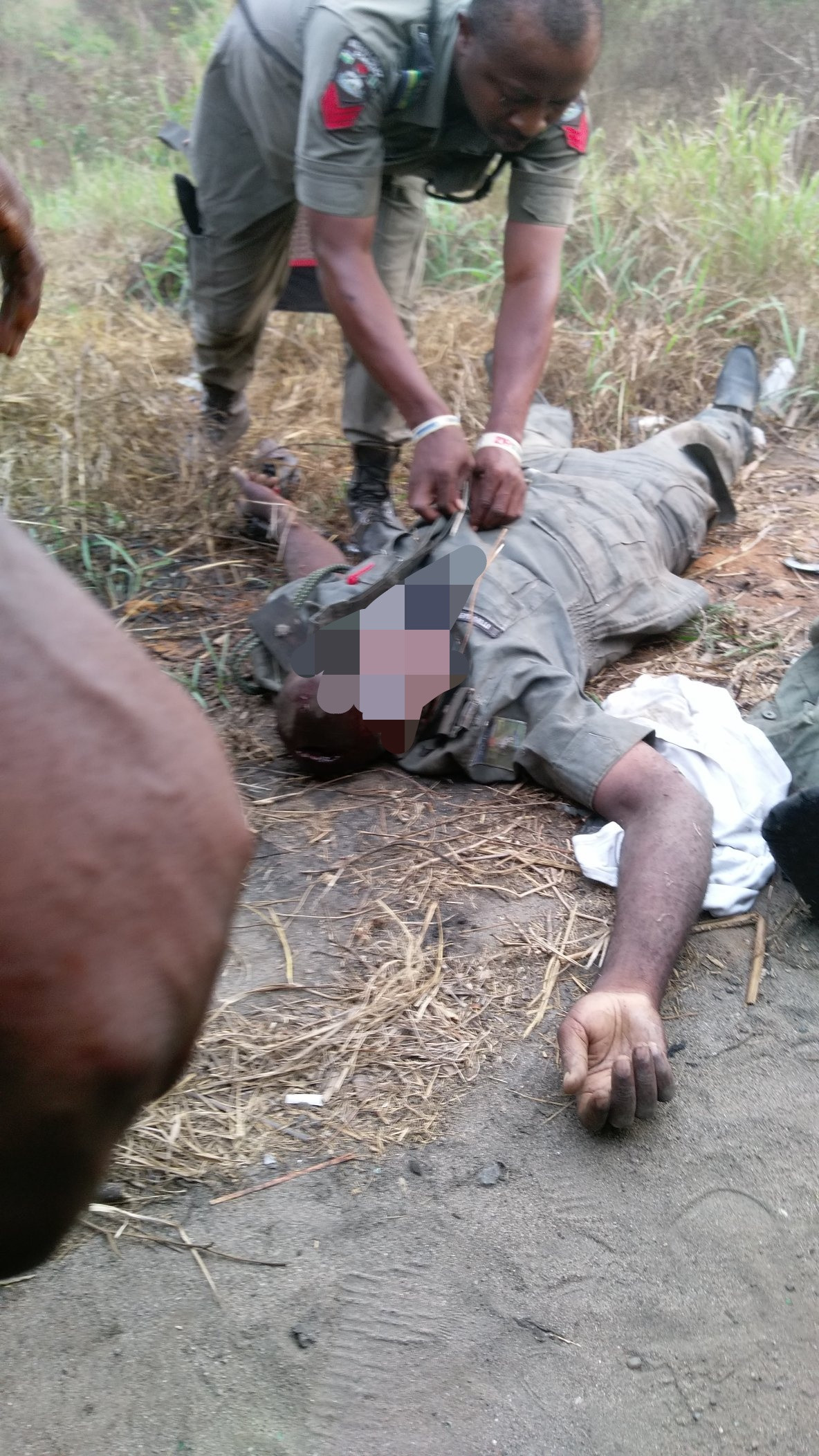 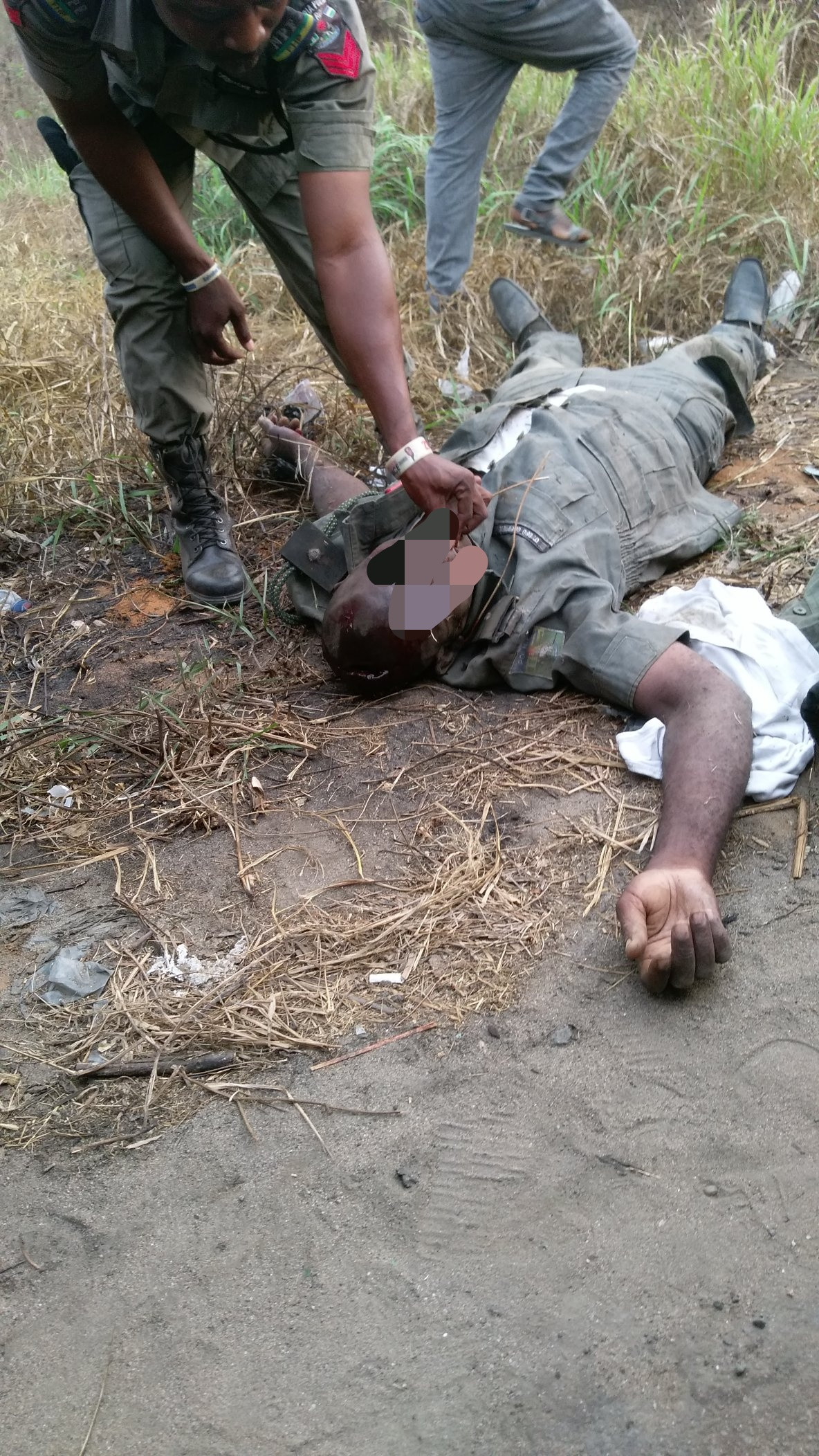 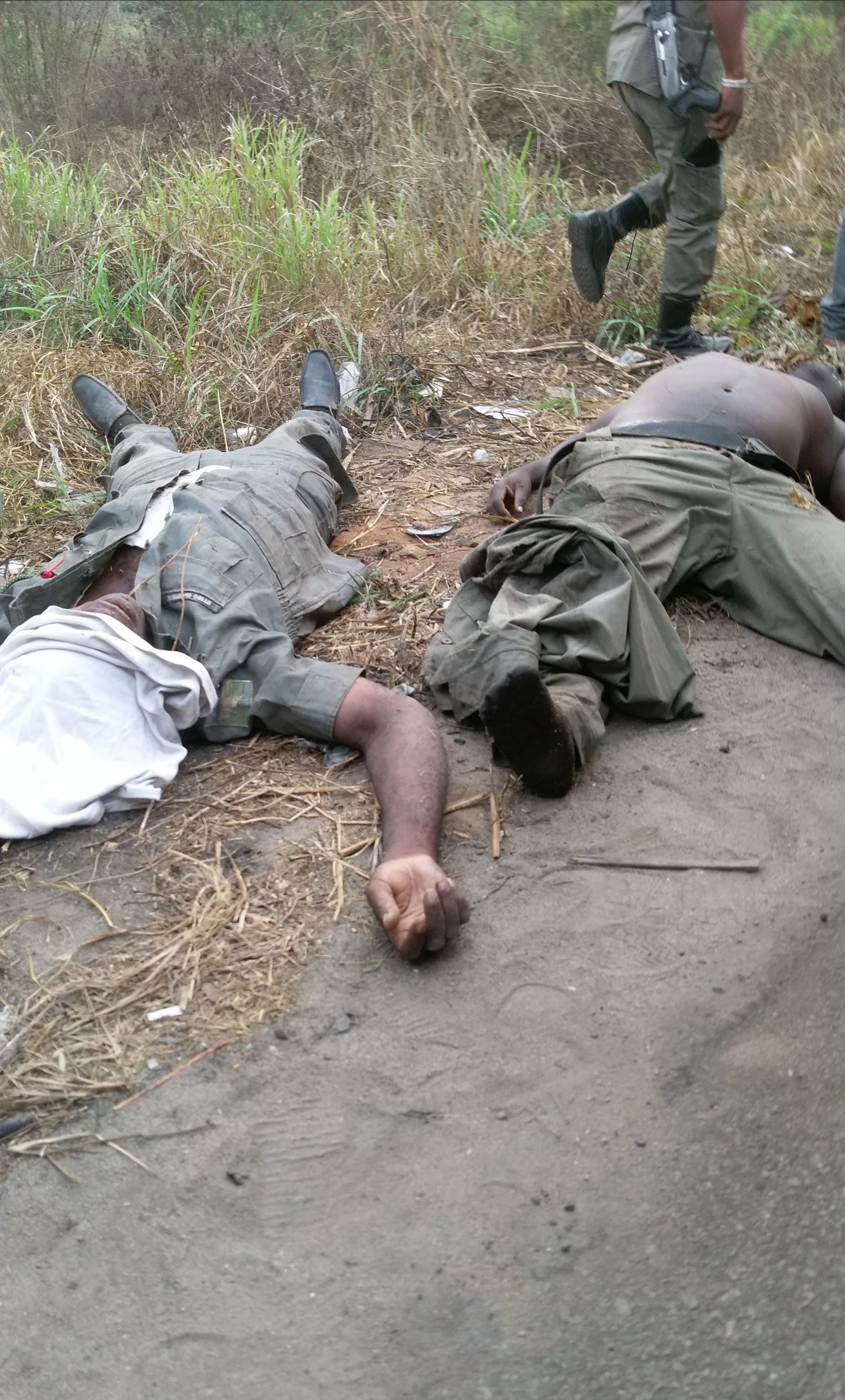