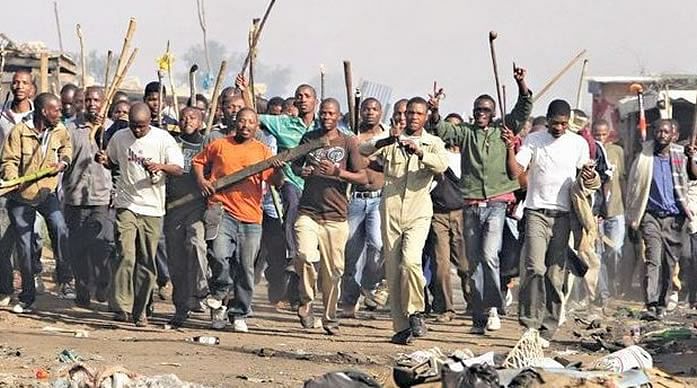 A 35-year-old man, identified as Sunday Ojagbugbe has died during a rival cult clash in Otefe-Oghara in Ethiope West Local Government Area of Delta State.

NEWSNAIJA learned that the accident happened  around 8:00 a.m. on Tuesday, close to the Secretariat of the community which hosts one of the state polytechnics.

It was learned the deceased was  an indigene  to Otefe-Oghara, an area that is said to have recorded several deadly cult clashes in recent times.

Findings revealed that the victim was shot dead around the community secretariat.

Findings further revealed that three suspects injured during the attack are currently hospitalized, while five have been arrested by the police.

Following the incident, the management of the school, in a circular signed by its Registrar Umukoro Mudiaga, had directed students to vacate the campus for two weeks to make sure their safety, but the school Public Relations Officer identified as Clinton Sagboje stated that the two weeks break had no link to the incident.

He said  Mid semester is a normal practice in the school academic calendar so it has nothing to do with the alleged incident in the otefe community..