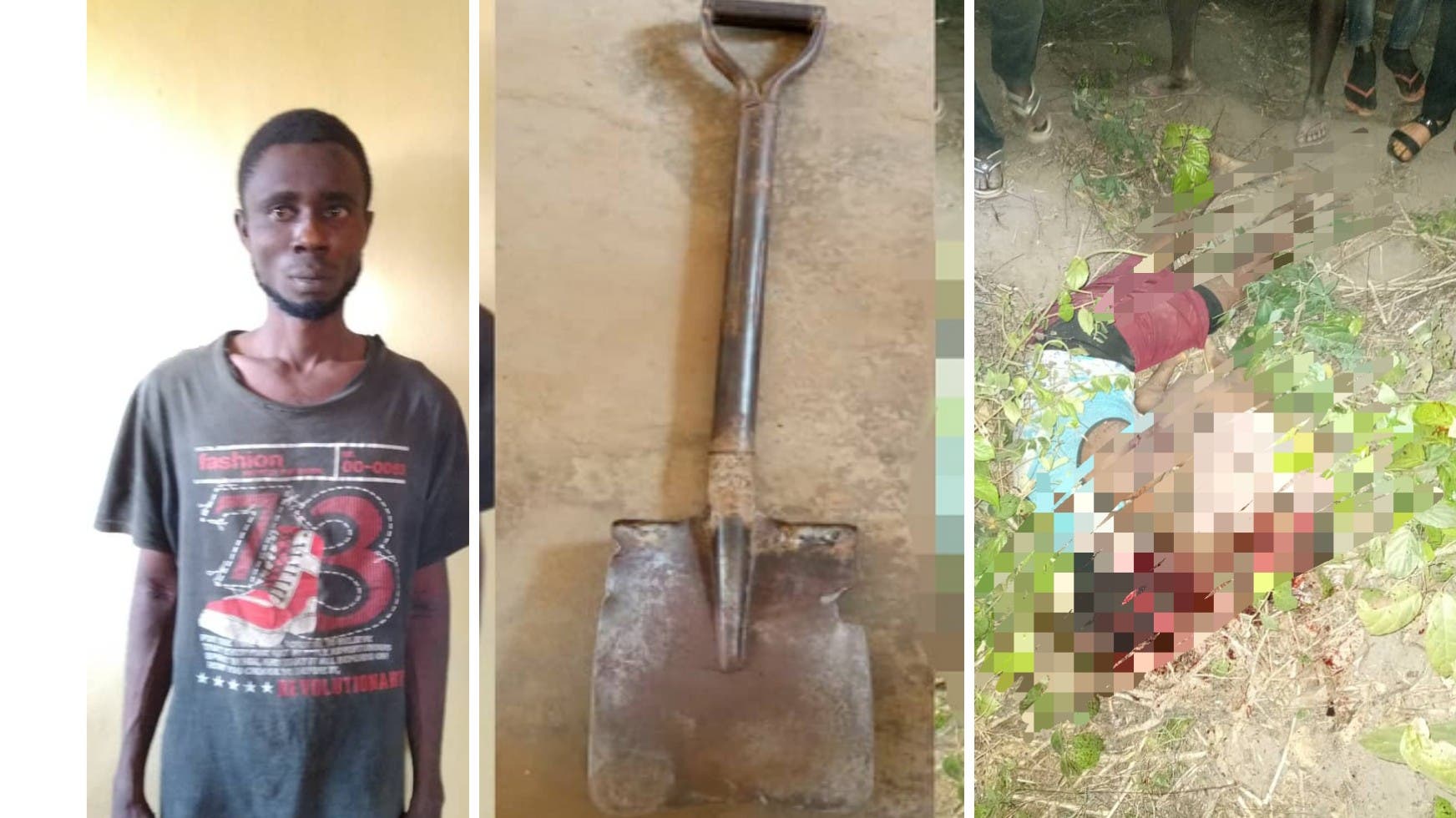 A man identified as  Chukwuemeka Obijiofor aged 28 has killed his wife and only child in Ozubulu, in the Ekwusigo Local Government Area of Anambra State.

NEWSNAIJA  learned that the suspect allegedly banged the victims with a shovel.

The PPRO  said, “On Tuesday, around 7.45 pm, police operatives attached to Ozubulu Police Station arrested one Chukwuemeka Obijiofor, aged 28, of Ofufe Nza village in the Ekwusigo LGA of Anambra State.

“The suspect allegedly ran crazy in conditions yet to be known and attacked his wife, named Chisom Chukwuemeka, aged 26, and own child, Amanda Chukwuemeka, aged 4, both of same address, with a shovel on their heads.

“The suspect equally used the same object and wounded a vigilante who tried to rescue the victims.

“Police detectives visited the scene and rushed the victims to Joint Hospital, Ozubulu, where the two victims were confirmed  dead by a medical doctor on arrival.

“The wounded vigilante is responding to treatment, while the corpses of the victims were deposited at the hospital’s mortuary  for an autopsy.”

The PPRO said the state Commissioner of Police, John Abang, had directed the Ozubulu Divisional Police Officer to transfer the case to the State Criminal Investigation Department, Awka.