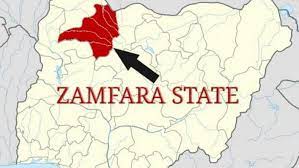 Not less than 20 Fulani traders have been killed in the Dansadau district of the Maru Local Government Area of Zamfara State.

NEWSNAIJA learned that the killing of the traders was a retaliation for the death of three people in Ruwan Tofa village, where several animals were rustled.

An indigene of the area, Malam Mohammed Nuhu, said some bandits went to Ruwan Tofa village, killed the three people, including a member of the proscribed Yansakai, and rustle cows.

Nuhu alleged that the cows were taken to Dansadau Market for sale, where the Yansakai members from Ruwan Tofa village also went to look for the stolen animals.

He said they were the stolen animals and wanted to know who had brought them to the market.

“They were shown three Fulani people who claimed to be the owners of the animals; they killed them and reclaimed their cows.”

Nuhu further added that the Yansakai went on a rampage, killing some other Fulani men, adding that no fewer than 20 Fulani were killed and several others escaped with wounds.

He maintained that the people of Ruwan Tofa village were battle-ready because of the fear of reprisal.

An indigene of Ruwan Tofa village, who identified himself simply as Alhaji, told our source on the telephone that they were abandoned by the security agents.

Alhaji,  said, “We have begged the government and security agents to come to our rescue, but up to this moment there is no security personnel in the whole area.”

Efforts to get reactions from the state government and the police proved abortive on Sunday as they did not respond to inquiries.