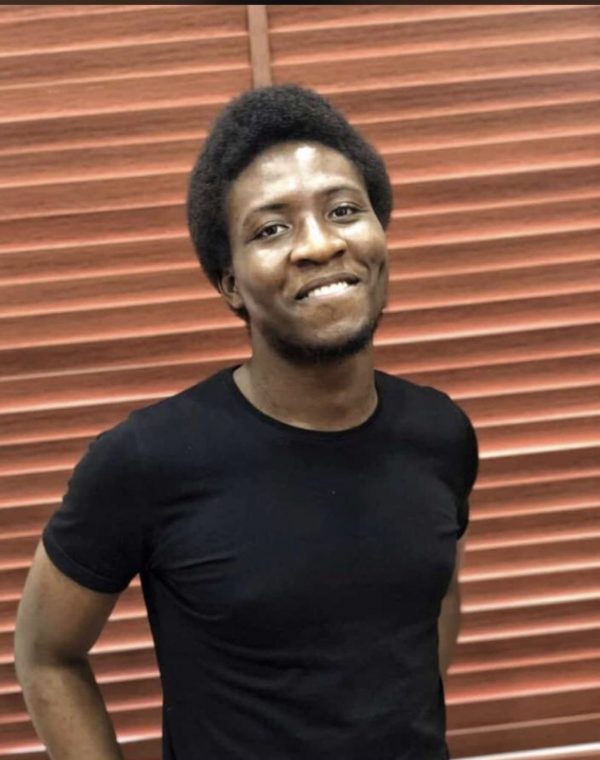 A 22-year-old Computer Systems Engineer, identified as  David Ntekim-Rex, has been killed by armed robbers in the Jibowu area of Lagos State, as gathered by our source.

The 22-year-old according to a 2018 statement by IBM, had beaten 17,000 others from around the world, including finalists from Brazil, Germany, India, Japan, Nepal, and the United States to emerge as the co-regional winner of the annual Master the Mainframe competition, organized by AngelHack and IBM Z Academic Initiative.

The deceased, who was described as a tech guru by friends, bagged several certificates and accomplishments before graduating from the Department of Systems Engineering at the University of Lagos in 2019.

NEWSNAIJA gathered Ntekim-Rex,  was working as a Product Designer at a Financial Technology firm, Crevatal, before his demise, according to his LinkedIn profile.

The deceased, who was the son of Dr. Yewande Ntekim-Rex, a senior lecturer at the English Department at the University of Lagos, was said to have been gunned down around 8 pm on Friday.

A relative of the deceased, who tweeted with the handle, @Magnanimous_, said the police failed to help Ntekim-Rex when he was shot.

He claimed that the police continued to cause excessive delays as Ntekim-Rex slowly died.

He tweeted, “My ‘auntie’ has three sons. She’s always crazy about them. The middle child, David, is the most promising. He is a tech guy; very young, very brilliant. David was on his way home on Friday night when he was robbed, shot, and killed around Jibowu. Please say a prayer for my aunt.

“David got shot around 8 pm. The police were called, David hadn’t died yet. The Nigerian police took pictures instead and were more concerned with why he, a tech guy, was carrying a laptop. Nigeria failed you, David.

“David was taken to the military hospital around the area. It took a senior nurse to come out and start checking for a pulse. He had lost a lot of blood at this point.

“The police then took David and his family to Sabo police station, where they looked for the laptop that he had on him instead of giving them a police report. He was finally released to his family, and they got to LUTH around 12.30 am.

Also, a  friend of the deceased  Oluwatifunmi Omotimomake, said on Twitter that the death of Ntekim-Rex was a huge loss.

He said “It breaks my heart to see your life cut short by the actions of robbers and a failed government system. May your soul continue to rest in peace. Heaven has heard your cry. Justice will come.”

Friends revealed that days before he was killed, Ntekim-Rex had created an app for monitoring the success of New Year resolutions.

A friend, @koderholic, said on Twitter that she communicated with the deceased on the day he was murdered.

“Who would have known that would be the last time we would converse? David Ntekim-Rex, may we meet again. Say hi to Jesus.”

Adejobi added that the Divisional Police Officer and the Area Commander both intervened but there was nothing that could have been done to save the deceased.

He said, “On January 15, 2021, we were informed around 11.20 pm. On getting to the scene, policemen met his lifeless body but relations insisted that he was not dead. So, police took him to Military Hospital, Yaba but the hospital said they could not treat him and then referred him to LUTH.

“He was accepted at LUTH and he was confirmed dead. The family returned to the police to get extracts at the station for mortuary. So, the allegation of the police abandoning him is not true. The incident is unfortunate and we sympathize with the family but we did what we could.”