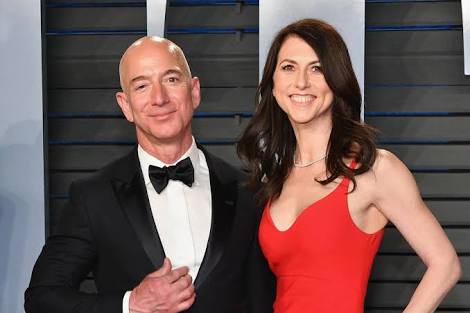 Jeff and Mckenzie have finalized the process of dissolving their marriage. Leaving Mckenzie with 36.5 billion dollars in Amazon stock.

Mckenzie is satisfied at these development as she would be giving Jeff 75% of the their stock in Amazon.
Amazon stock was down on thursday following this announcement.
Mckenzie Bezos will become one of the 5 richest women in the world with this development.

She also states that she will give him her interest in the Washington post and the Blue Origin aerospace company.
Jeff Bezos still maintains the position as the richest man on planet earth.