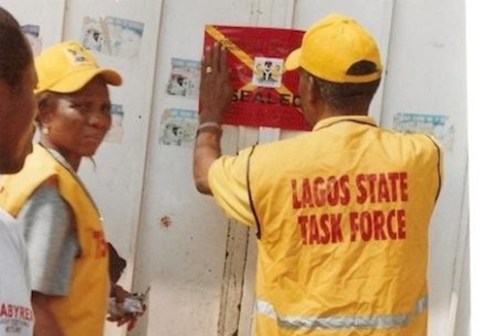 Not less than twenty-one pharmacies and patent medicine stores have been sealed off by the Lagos State Government stores were shut by the in some parts of the state.

The pharmacies stores were shut down by the  Taskforce on Counterfeit, Fake Drugs, and unhealthy Processed Foods in the Alakuko, Ajegunle, Ologogoro, Ijaiye, Abule-Egba, Agbado, and Agege areas for operating unlawfully and beyond the scope of practice.

Prof. Akin Abayomi, The state Commissioner for Health, who made this known on Wednesday while assessing the report of the enforcement exercise carried out by the task force, stated that the shut down of the affected pharmacies and patent medicine stores followed the provisions of Section C34 of the Counterfeit, Fake Drugs and Unwholesome Processed Foods Miscellaneous Provision Act of 1999.

Abayomi, said, “The affected premises were sealed off for offenses including, operating without a license, engaging unqualified persons to man and dispense drugs to unsuspecting citizens, operating beyond scope through the sale of ethical products, and displaying and storing drugs in an environment that is not conducive and which compromises the potency of the drugs, thereby rendering them ineffective, among others adding that  “Such practices are unacceptable and the state government will do whatever is necessary to enforce the law and sanction errant operators. Licensed patent medicine vendors are authorized to sell only drug products in their original packs in approved pack sizes as produced by the manufacturing companies and they are prohibited from dispensing and wholesaling of drugs.”

He further stated that the state government remained committed to putting a halt to the trend.