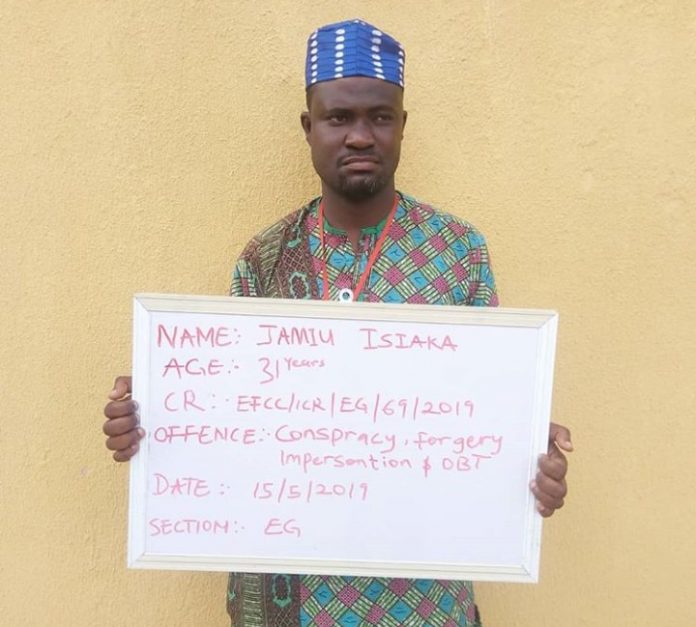 The Economic and Financial Crimes Commission, EFCC, Ilorin Zonal Office has arrested a 31-year-old Islamic scholar/herbalist, Jamiu Isiaka for impersonating the Group Managing Director of the Nigerian National Petroleum Corporation, (NNPC) Dr Maikanti Baru and the Special Adviser to the President on Media and Publicity, Femi Adesina among other prominent citizens.

The suspect with others who are still at large allegedly used the names of the senior government officials to scam a South Korean national, Keun Sig Kim, under pretence of getting him an NNPC license that would enable him purchase a company.

The petitioner had paid over N30million (Thirty Million Naira) into the suspect’s account as fee to get the license.

Isiaka, during interrogation with EFCC officials, claimed that he used the money to perform sacrifice on behalf of the petitioner.

He claimed to have bought a vulture, elephant’s skin, elephant’s intestine, skull of a lion, liver of gorilla, among others.

The suspect will soon be arraigned in court while efforts are ongoing to nab the accomplices at larger.