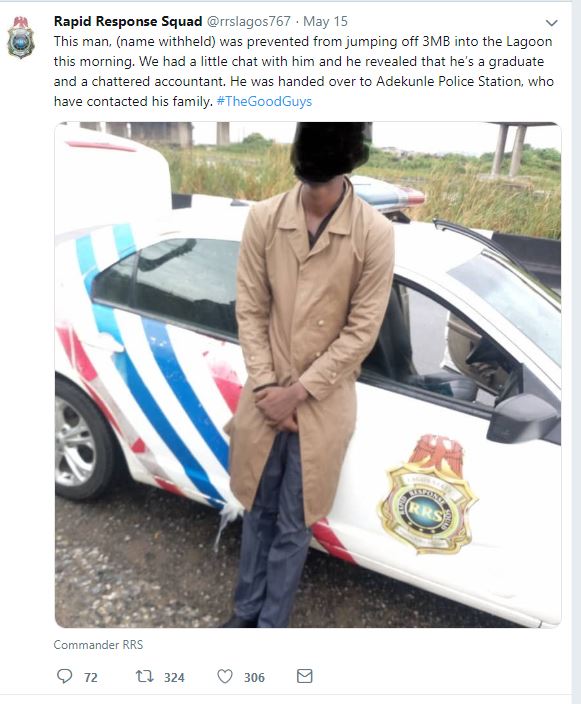 A man who’s name is being withheld attempted jumping off the third mainland bridge, in a bid to end his life.

There are news reports daily indicating the sporadic rate of suicide in the society.

This is coming just two day after the suicide story of Shepherd House Church gospel minister who ended his life abruptly, tying a belt around his neck and hanging himself.

Lucky for this man, the Rapid Response Unit of the Nigerian Police Force were just there at nick of time to prevent His tragic demise.

According to the social media post of the Rapid Response Squad, the individual attempting to leap to his death from the Third Mainland Bridge is a Chartered Accountant.