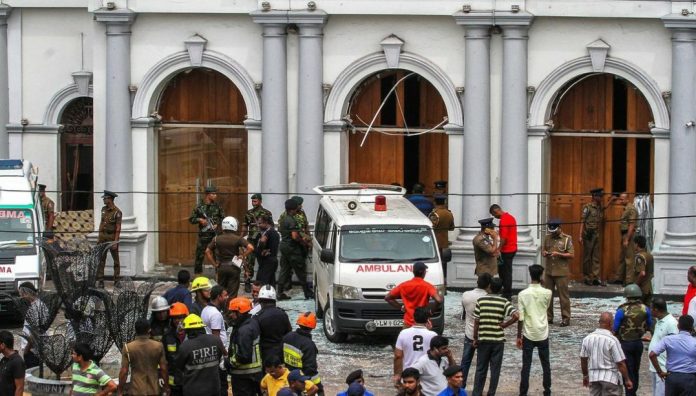 24 people have been arrested in connection with a series of ravaging suicide bombings at hotels and churches on Easter Sunday that has left nearly 300 people dead and more than 500 injured in Sri Lanka.

According to reports the government on Monday blamed National Thowheeth Jama’ath, a little-known radical Islamic terror organization, for the attacks. More than two weeks ago, a police official warned of a threat on churches by the group, but the authorities failed to act on the information.

A dusk to dawn curfew has been implemented in Colombo the Nations Capital. All social media platforms have also been blocked to ensure that the spread of fake news is being curtailed.