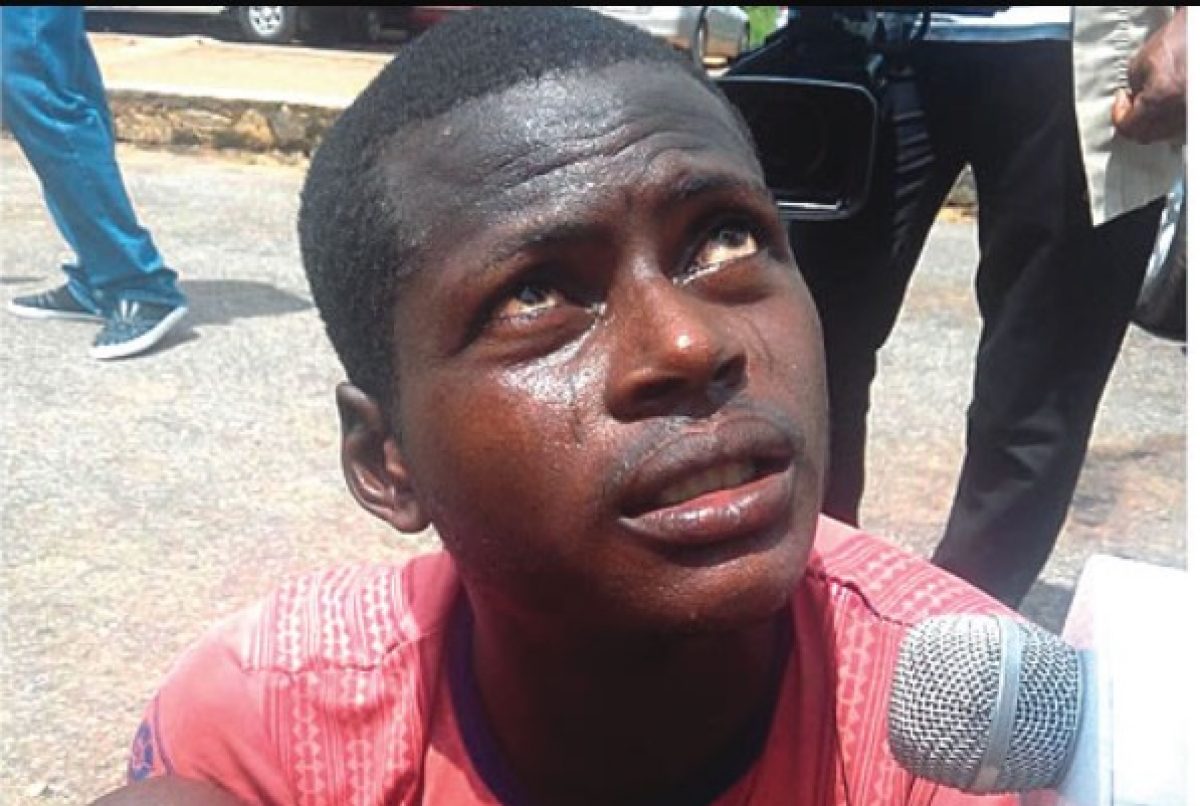 A 20-year-old man, identified as Abubakar Amodu, has been arrested for skimming with a gang to kidnap his father and collect N2 m ransom.

Amodu was one of 25 suspects paraded by the Force Public Relations Officer, CP Frank Mba, for various offenses in Abuja on Wednesday.

The suspect, who was arrested with other members of the gang, told journalists that his father was a herdsman, adding that he gave him 15 cows.

He said, “I became friends with the members of the gang, who told me that my father was rich, and he should be kidnapped for money.

The police  Public Relations Officer said the investigation is still ongoing and the men of the command are on a hunt for those involved in the crime.