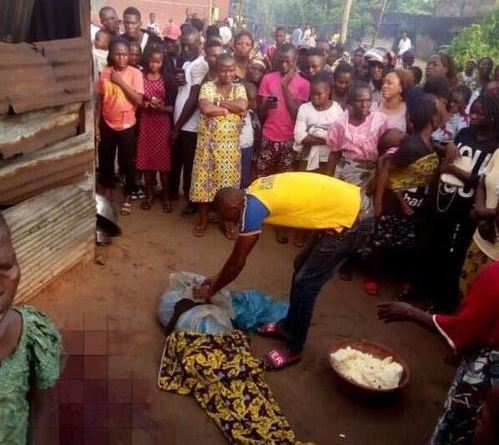 There was panic at Umusume community, Obiaruku, in the Ukwuani Local Government Area of Delta State yesterday, Tuesday as residents discovered the lifeless body of a young lady.

Newsnaija gathered that the lady, identified as Miss Anwuli Agu, in her 20s was said to have been murdered by hoodlums.

It was learned the incident, which was said to have occurred on Monday, caused panic among residents.

It was gathered that the lady was killed and dumped on the premises of the Esume-uku Primary School, Obiaruku, by the hoodlums.

the source stated  “We are suspecting that the murdering of the girl is for ritual purposes because some of her vital organs are missing with her hair shaved off,”  adding that the remains of the victim were taken away from the scene of the incident by police personnel from the Obiaruku Division.

DSP Onome Onovwakpoyeya, the Police Public Relations Officer in the state,  When contacted, confirmed the incident, adding that efforts were on to know the circumstances that led to the death of the young lady.