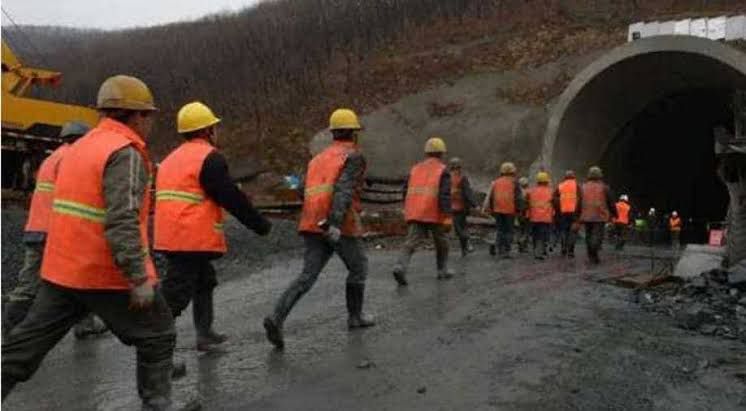 NEWS reaching us says after an immense rescue operation, 19 Chinese miners who became trapped underground when a coal mine collapsed last month were found dead on Monday.

NEWSNAIJA learned that the Twenty-one workers were working in the Chaidaer mine in northwest China’s remote Qinghai region when the ceiling collapsed on August 14.

Days after the collapse, one survivor and one dead miner were taken to the surface, but rescuers were unable to reach the rest until Monday, when the bodies were retrieved.

“As of early Monday morning, rescue work was basically completed.

According to state broadcaster CCTV, quoting the rescue crew said the 19 stranded people were located during the search, and none of them had vital signs.

More than 1,000 individuals took part in the nearly 30-day recovery attempt, CCTV reported, working in grueling conditions at a height of over 3,800 meters.

NEWSNAIJA gathered that the mine is located on the immense Qinghai-Tibetan plateau, also known as the “Roof of the World,” is densely populated and has a harsh climate.