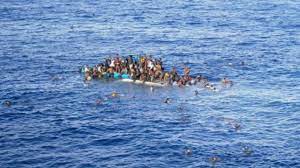 About 140 people have been feared dead as a result of a boat mishap that happened in Ngaski Local Government Area of Kebbi State.

NEWS NAIJA learned that the incident occurred around 9 o’clock on Wednesday.

It was further learned that the boat, which was carrying over 160 people, was en route Warra town in Kebbi State from Lokon Minna in Niger State when it capsized and sank into the River Niger”.

Apart from overloading, the boat was said to be carrying bags of sand for gold miners.

Abdullahi Buhari Warra,  the chairman of Ngaski LGA, told BBC Hausa Service that the accident was fatal and pitiful.

Warra,   said, “As I am speaking to you now, there are many people in the river who are yet to be rescued.

“The accident occurred between nine and 10 o’clock this morning and all the passengers aboard the boat are in the river and there is no hope of getting them alive.

He said “We have also learned that there are eight people of the same family who are involved in the accident.

“In fact, many people have died and nobody can precisely know their number.

“We are only able to rescue only 22 people who have been rushed to the Warra General Hospital for medical attention.

“We are also able to recover one corpse of an infant girl.”

The chairman explained that the boat was overloaded, adding that, “It was supposed to carry only 80 people but it carried 160 including bags of sand.”