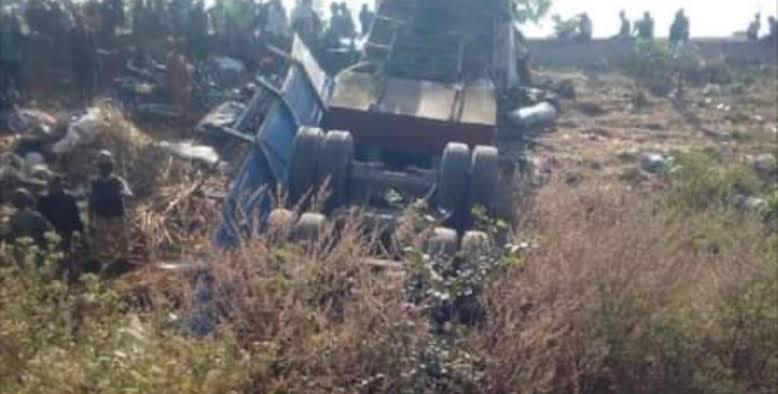 A terrible and fatal  vehicle accident  which occurred on the Kaduna-Abuja Road in the Kachia Local Government Area of Kaduna State has claimed the lives of twelve people.

According to  the state Commissioner of Internal Security and Home Affairs, Samuel Aruwan,  who confirmed the tragedy said,  the  accident was caused by a brake failure,  .

According to Samuel Aruwan, The lone collision involved a Toyota Hiace carrying 18 passengers from Kaduna to Abuja.

He stated  that 12 people died  on the spot, while six others were taken to a hospital for treatment.

The commissioner said .“On a sad note, security agencies have reported to the Kaduna State Government that 12 people were killed and six more were injured in a terrible road traffic incident on Monday afternoon in Nasarawa Doka, along the Kaduna-Abuja Road in Kachia LGA,”

“A lone Toyota Hiace bus carrying 18 passengers from Kaduna to Abuja was involved in the tragedy. The cause of the accident was determined to be a braking failure caused by a tyre explosion. The six people who were hurt were brought to the hospital.”